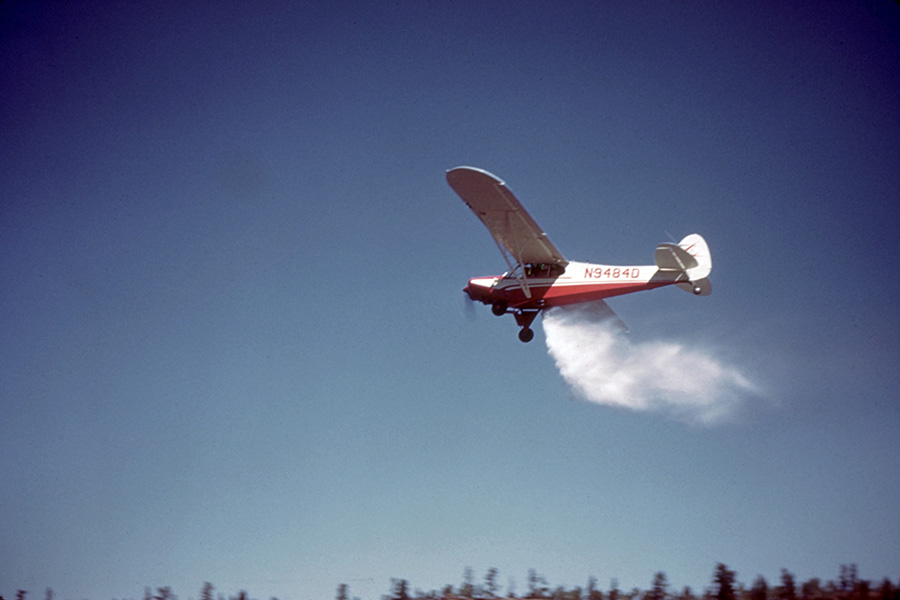 If you see flying fish at Utah's remote waters, don't be alarmed. We stock many high-elevation lakes aerially each summer, and we've been doing it for a long time!

But why do we drop fish by airplane? And does dropping the fish harm them? Here are answers to these and other questions people ask the Utah Division of Wildlife Resources about this interesting and unique method of fish stocking.

How long have fish been aerially stocked in Utah?

Aerial fish stocking has been used in Utah since as early as 1956. The exact year someone first attempted to stock fish via airplane is unknown, but it has been a common practice in many areas for more than half a century. These lakes are not accessible by vehicles or other means of stocking, which is why an airplane is used.

What type of plane is used in the aerial fish stocking?

The plane used in the stocking is a Cessna 185 Skywagon. It is a single-engine, general aviation light aircraft. It can carry the pilot and a copilot, plus one fish tank that has seven chambers, allowing the aircraft to stock seven different lakes in one flight.

How fast does the plane go when the fish are stocked?

The plane typically travels between 70–80 mph, depending on wind conditions.

How high above the water are the fish dropped?

The pilot flies just barely above the trees to drop the fish, typically about 50–150 feet above the water. There are often cliffs, mountains, tall trees and other obstacles that determine how low the pilot can fly. The safety of the pilot and passenger is a key consideration.

Why don't the fish all die in the fall?

We make sure to only aerially stock fish that range from 1–3 inches long. The young fish — called fingerlings — are so small (ranging from 1–3 inches long) that the air slows their drop. The slower fall allows the fish to survive. If the fish were larger, the survival rate would not be as high. Fish are more stressed when transported by ground because it is difficult to maintain their required oxygen levels in small, packable tanks for such long distances. (Our high-mountain lakes are often many miles from any road.)

How do you determine such high survival rates?

We have had biologists at some of the waterbodies to conduct surveys within minutes after the aerial drops so we can get information about the survival rates of the aerially-stocked fish. 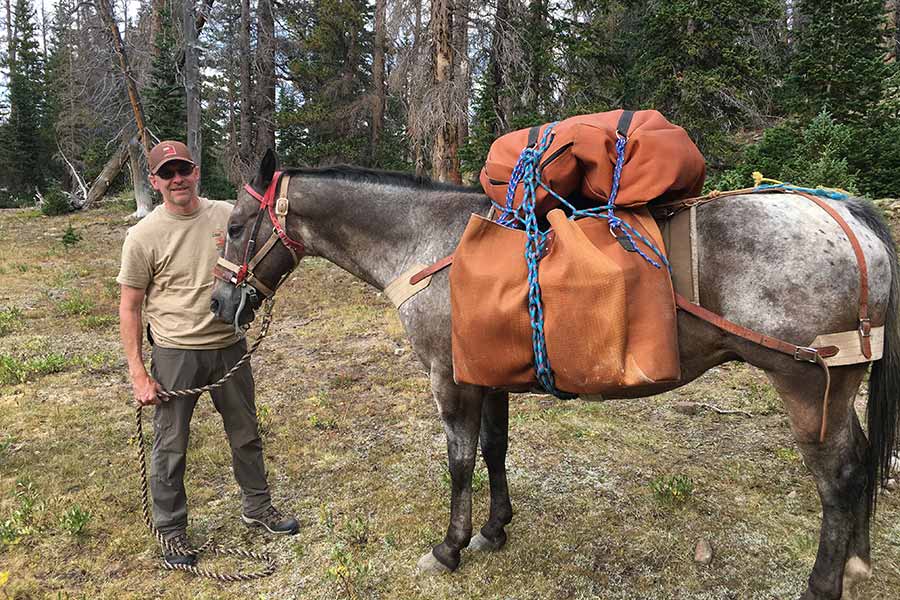 Surely there are other options (drone, etc.) that can fly lower and are less expensive?

The plane is fitted with a large tank that can hold hundreds of pounds of water and up to 84 pounds of fish. A drone that has the ability to hold that kind of mass is not currently available to us. The plane has seven separate tanks that can drop fish into seven lakes in one flight. It is actually a very cost-friendly method, considering that we can drop over 10,000 2.5-inch fish in a single flight, without reloading fish. We can aerially stock 40–60 lakes in a single day. Even if we could access all of these lakes via roads, aerial stocking would still be a more cost-effective alternative.

But why do it at all? What's wrong with the natural populations already there?

Fish stocked this way are being put into lakes that require frequent stocking to sustain a healthy population or that have periodic fish die-offs due to various factors. A wide variety of species are stocked to provide the greatest opportunity for anglers. We typically stock cutthroat trout into waters with natural populations because cutthroat trout are native to Utah. The other species we stock are usually sterile (meaning they can't reproduce). This helps us control their numbers and minimize their impact on the native fish populations in that waterbody. These other species are not stocked into waters where they could potentially impact native fish. We stock these waters to provide an opportunity for anglers to catch fish in a beautiful, often secluded location. 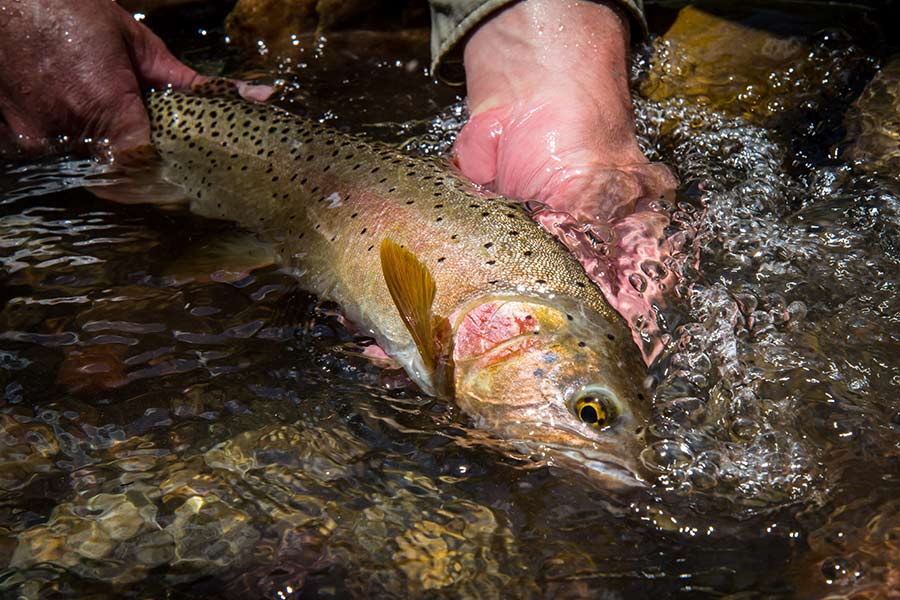 What type of fish species do you stock via airplanes each year?

The most common species of fish that we aerially stock are brook trout, cutthroat trout, tiger trout, splake, Arctic grayling and some rainbow trout and golden trout.

Do you do anything to prepare the fish for the trip?

The fish are taken off feed before the flight to reduce stress and then the fish are weighed and counted to make sure they are the right species and number for each lake.

How many lakes are stocked this way in Utah?

More than 300 lakes are aerially stocked in Utah each year. These lakes range in size from smaller than 5 acres up to 500 acres. These lakes are not accessible by vehicles or other means of stocking.

How often are these lakes restocked?

Some of the more popular waterbodies are stocked by airplane every year while others are stocked on a three-to-five year rotation depending on factors that determine populations and sustainability — such as the less accessible, less fished waterbodies, habitat or natural recruitment. In order to increase efficiency, the lakes are divided by proximity and all the lakes in one drainage area are stocked at one time.

What does it sound like when the fish drop?

The pilots aren't able to hear the sound of the fish landing on the water, due to the sound of the airplane engine drowning out all other sounds. However, people that have been present at lakes when they were aerially stocked have described the sound as being similar to rain on the water.

Lucky for you, we made this cool video about it!