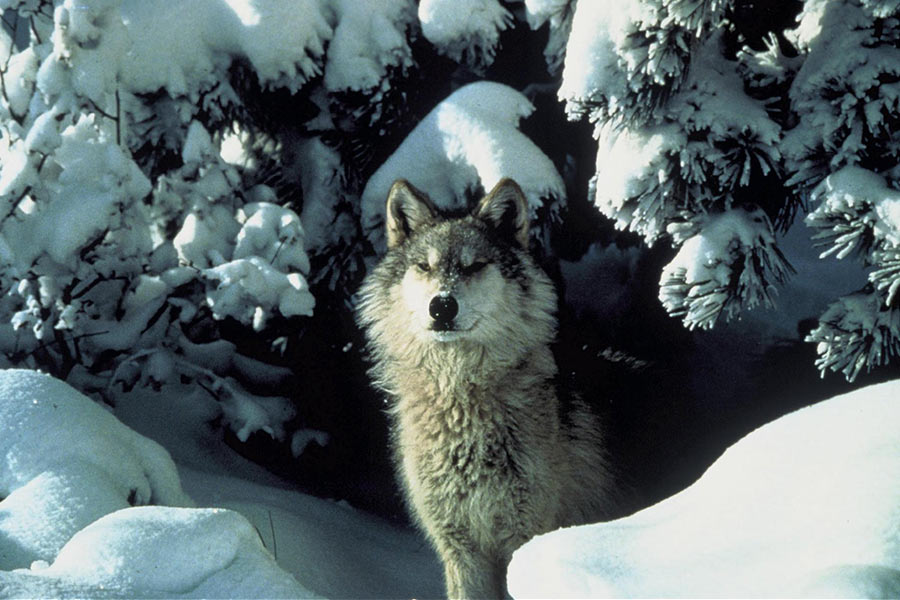 Wolf conflicts: What a Utah livestock owner should know

Wolves are no longer regulated under the Endangered Species Act throughout Utah — they have been delisted and are now under state management. The Utah Wolf Management Plan outlines Utah's strategies and protocols for managing wolves statewide. Under state management, wolves are a protected species.

While there currently is not a state-administered hunt for wolves, Utah livestock producers have options to help protect livestock from wolf depredation and may be compensated if a wolf attacks their animals. This document addresses common questions and explains available options.

Are there wolves in Utah?

Although there have been confirmed wolf sightings over the years — and instances of wolf-related livestock depredation — there have been no known established packs in Utah. As of spring 2021, we also do not know of any individual wolves in Utah, but they can move quickly, range widely and are sometimes difficult to conclusively document.

Since wolves were reintroduced in the northern Rocky Mountains in 1995, the Utah Division of Wildlife Resources (DWR) has been able to confirm between 15–20 wolves in the state. Most have been in the northern portions of Utah, but wolves have also been documented as far south as the Arizona border. Of the more than 500 radio-collared elk in the Cache, Morgan, Wasatch and Book Cliffs areas, no mortalities have been attributed to wolf predation.

Can I kill a wolf that's attacking my livestock?

Livestock owners, their immediate family members or their employees (on regular payroll and not hired specifically to take wolves) are authorized to kill wolves under any of the following conditions:

Livestock owners or landowners who take actions against wolves will be required to report the incident within 72 hours, and an investigation will be conducted to ensure the action was appropriate.

Can I be reimbursed if a wolf kills my livestock?

Yes. Livestock producers can be fully compensated for cases where wolves are the "possible," "confirmed" or "probable" predator in a depredation incident.

What can I do if a wolf is in the area?

If you see, hear or find other signs of a wolf, but it has not threatened your livestock, lethal control is not an option. However, you may use non-lethal harassment to scare a wolf from the area (see section below for specific techniques). Please report any sighting to the DWR so we can document it and follow up as appropriate.

What are non-lethal options to prevent or minimize wolf depredation?

Non-lethal measures can help deter wolves from livestock. These actions are most effective in areas where livestock are concentrated, such as wintering and birthing areas. Some best-management practices to prevent wolf depredation include the following measures:

More details are available in the Utah Wolf Management Plan.